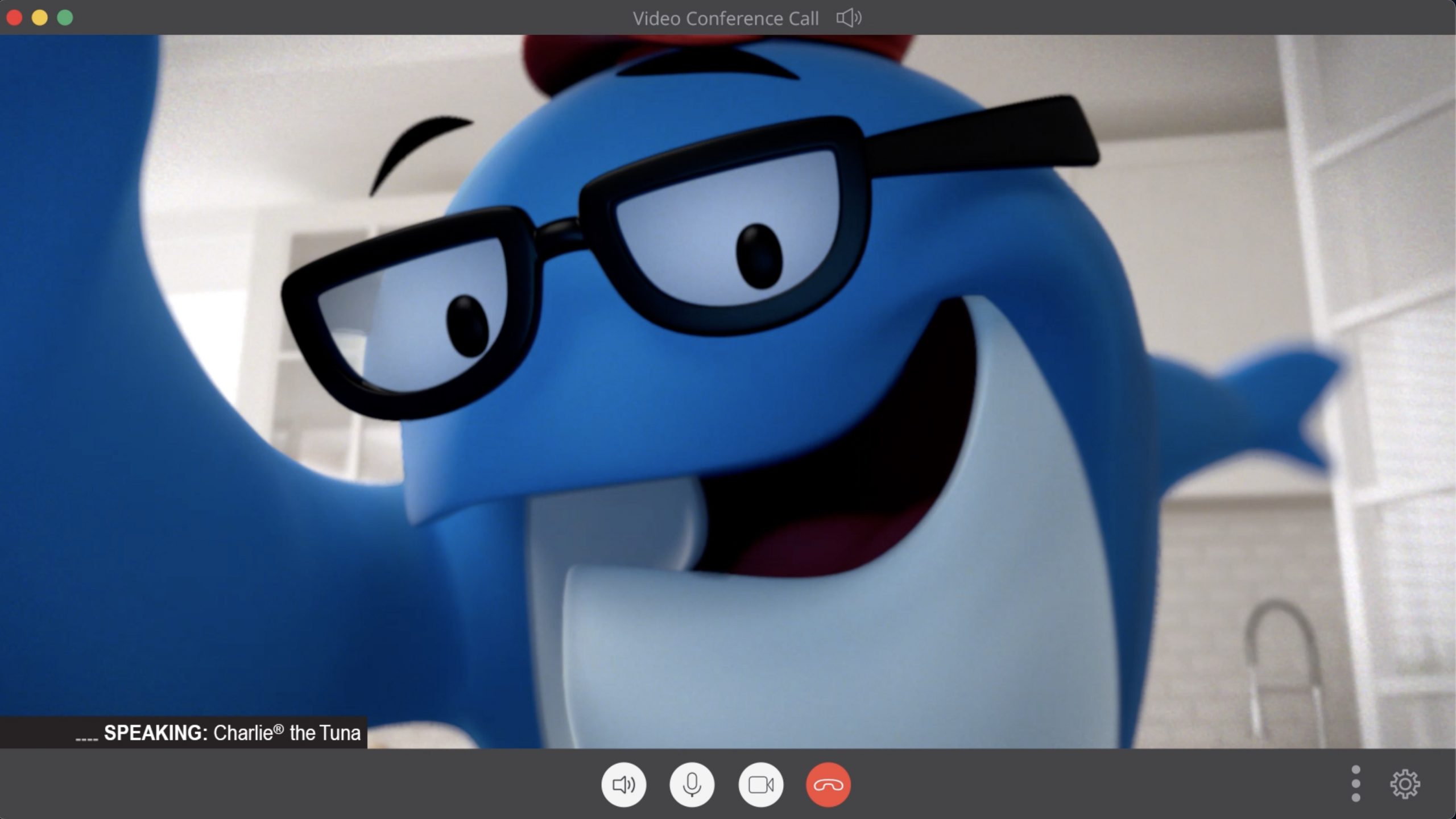 In 2015 StarKist was ready for a refresh of the iconic “Charlie the Tuna” character. Calabash stepped in with a unique “hybrid” 2D-to-3D workflow that incorporated both classic 2D drawn animation and 3D CG animation techniques.

The new spot payed homage to classic TV ads from the 60’s and 70’s, in which Charlie’s misguided attempts to get famous were met with constant rejection by StarKist (“Sorry, Charlie!”). The concept was inspired by one classic spot in particular that featured Charlie playing a musical duet with an animated octopus.

Having animated Charlie ourselves in the past in traditional 2D, we were familiar with the character and knew that creating him in 3D would be a challenge. Other studios had tried adapting Charlie into 3D with limited success.

The difficulty is that Charlie is drawn in a whimsical cartoon style that is not easy to duplicate in 3D. For the character to look correct from one angle, the mouth would have to be distorted, arms and tail shifted out of place, and both eyes located on the same side of the head (perhaps Charlie has some flounder in his gene pool?…). He works great as a classic 2D cartoon design, but we found that any attempt at sculpting Charlie in 3D would only work as an asymmetrical, shallow sculpture viewable from one side (or “BASS-relief” – ha!)

To get around the symmetry problem for the 3D puppet, we built the CG model with controls that could change the model’s basic shape depending on its orientation relative to the camera. The added controls allowed the animators to make the character rotate smoothly in 3D space to match the 2D drawings in any pose.

We typically begin production with drawn storyboards and animatics, with the storyboards forming the basis for the CG layouts and initial character poses. With a “normal” CG character, the animators might require little additional guidance other than the Director’s notes. However, in order to help the 3D animators achieve a more 2D cartoon-animated look, we first created a complete preliminary rough pass of 2D line animation, including animated dialog synced to the pre-recorded voice track. Once the rough 2D line animation was approved, our CG animators took over, carefully matching the CG character to the drawn line animation.

But keeping everything looking correct and “on model” is tricky, even with a 3D puppet. Matching to the 2D animation would sometimes require the 3D animators to twist the character into some distorted positions that would push the rig to its limits. Again, 2D would come into play as the directors would create drawn sketch-overs on the rough animation tests to further direct and fine-tune the poses, and additional controls or corrective blend shapes would be added as necessary.

More recent spots have featured Charlie in live action environments. The animation process was similar, but placing the character into live action scenes required a bit more thought for how Charlie should be rendered. It had to look natural with the lighting, but at the same time it could not stray too far from the established 2D design. Our goal was not to turn Charlie into a realistic-looking CG “creature” – so it obviously couldn’t look scaly or wet and slimy like a real fish – but we also needed to avoid it looking artificial, like shiny plastic. Our CG artists came up with a silicone-like shader that appears softly translucent, but with a slightly cartoony quality that could be dialed in as needed in the compositing stage.

Calabash has worked with many famous brand icons over the years, and getting the chance to update a classic character like Charlie the Tuna into an entirely new medium is a unique challenge. Calabash has used this hybrid 2D/3D approach with many other productions along the way, to the point where it has become a key component of our signature style.

About the author: Sean Henry is Executive Producer and co-owner of Calabash Animation.

Contact Calabash Animation to find out how we can help bring your story to life through digital 2D, drawn, or 3D animation!